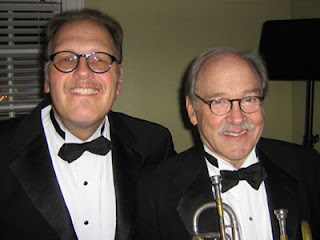 However, one thing that Jim, John and I agree on: Freddie Green was KING OF THE RHYTHM GUITAR!  Today, Mar. 31, is Freddie Green's birthday -- so it's only appropriate that we pay tribute to his inestimable contributions to Jazz… 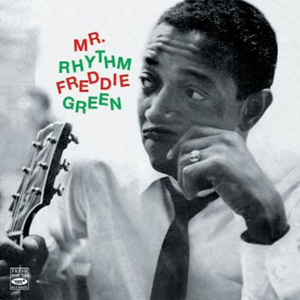 From the very first notes he played on an early Count Basie broadcast ("I'll Always Be In Love With You," from June 30, 1937) it is obvious that Basie's "All-American Rhythm Section" was a force to be reckoned with.  Green floated atop a phenomenon he described as "The Rhythm Wave" with piano, acoustic guitar, bass and drums locked in, and focused entirely on generating an unstoppable swinging feel.  Eventually, Green's unadorned 4/4 became one of the hallmarks of the Basie sound.  In the late '30s, Basie, Green, bassist Walter Page and Jo Jones swung mightily, no matter what type of material was being played or sung.  Later Basie rhythm sections had a totally different feel, with less-is-more piano plinking, modern bass lines and aggressive drumming.  But through it all, Freddie Green kept a pulsating rhythm going.  Thick strings, high action and a series of b-i-g bodied guitars compensated for the lack of an amplifier and the strum of his Gretsch, or Stromberg, could easily be heard over the loudest Basie orchestra in full cry.  The pulse went right through you, to paraphrase Eddie Condon, "like a triple bourbon."

With all the emphasis that has been put on his rhythm playing, it is easy to forget that Freddie Green was also an excellent soloist.  He took lessons from the marvelous guitarist Allan Reuss, and in 1938 actually soloed on record ("Dinah," with Pee Wee Russell's Rhythmakers).  In later years, Green traded fours with the Basie brass on Thad Jones' "The Elder" and of course "Li'l Darlin" would not have sounded the same without the signature guitar glissando that began each four bar phrase at the beginning of the song.  Fortunately (or not), the Basie rhythm section required a straight, unaccented 4/4 on the guitar rather than inventive solo flights.

Veterans of the Basie band recall that Freddie Green interacted well with veteran musicians (and of course the orchestra leader) but was taciturn to the point of rudeness with younger players.  But by the 1980s, Freddie Green had paid a lifetime of musical dues, pioneering a style of rhythm guitar playing that is still held in the highest esteem by musicians and fans alike, around the globe.  He may have just decided to let his guitar playing do all the talking.

In San Antonio, whenever the discussion turns to rhythm guitar for our band, we can depend on Jim to say, "I want FREDDIE GREEN!"  No argument there, Jim!  Not from me, not from anyone.  Who wouldn't want that wonderful, subtle, swinging pulse to be the sparkplug of their rhythm section???

New "Blogs Hot" by Jim Cullum, Hal Smith and others! 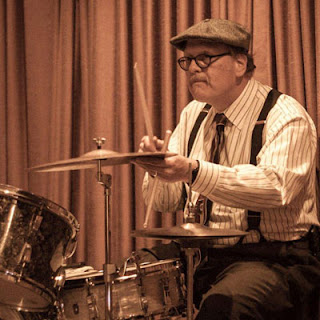