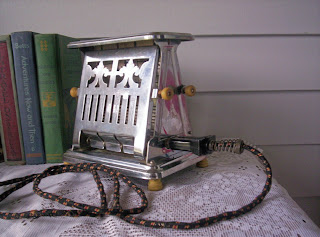 My mother, Conoly Prendergast, met Jim Cullum, my father, when she was 17 and he was 18. Jim went off for one year at Sewanee, while Conoly headed for S.M.U. The US Mail service worked hot and heavy delivering the love letters which rolled out daily in each direction.

Conoly was in love with Jim and in love with love. Her eyes were dreamy and even a little misty as she copied the love poems of Edna St. Vincent Millay. She would fill the margins of her college textbooks, writing vertically Jim Cullum

on down the pages

After a year, they were married in Conoly’s family’s parlor, and all the details are typical of their lives and personalities. They were both jazzy from the start – but that’s a story for other blogs.

There was a failed elopement and other drama around the wedding. But the smoke finally subsided, and Conoly and Jim were able to relax. They were both amazed as wedding gifts poured in. Silver and china, which I still have, and prizes were stacked along with all kinds of household goodies.

The year was 1934. One of the gifts was a new gadget called a toaster. This thing had two wings and the idea was to load a slice of bread on each wing and raise each wing up to the center, or toasting, part. After a couple of minutes, you would fold the wings back down, turn the toast over and do the other side.

It was common to burn the toast in these gadgets and so you would often hold it – the toast – over the sink and scrape off the worst of the burned surface.

The great love affair that went roaring along Conoly and Jim’s lines ran the full gamut of romance: “sighing like furnace.”

Conoly was truly happy. If Jim’s shoelace “busted,” it was fun. If the toast burned, it was scraped with delight.

And since the toast is central to this story, my report about it is that it kept going strong for twelve years or so, all the way up to the most significant results of all their love ­the arrivals of two children – and I am talking about my sister, who showed up quite early in the marriage. Then I arrived in 1941 .

In 1945, technology had brought on amazing new pop-up model toasters and the 1934 folding wing job was headed for the trash, and at this point my sister, a natural leader, intervened, argued, won out and headed off to the attic with the old fold-down model.

It was a natural. Sister Conoly pronounced the commencement of the “Toastmasters Club.”

At this stage, my father’s siblings and their spouses had built modest homes on land that originally had been my grandparents’ farm.

This worked out to be deluxe, seriously so, for small kids. The place was awash with playmates who were mostly all cousins. Everyone called the place Cullumville.

Toastmasters meetings were scheduled every week or so and always in the attic of our house.

Elaborate minutes were kept by my sister Conoly who was, of course, “Miss President.” Somehow, Miss President , at the age of eleven, had already learned to type!

I have still never been able to type. And it seems so easy and automatic for almost everyone I know.

Here for your pleasure are the typewritten minutes of the Toastmasters Club, circa 1947. I was six years old and Conoly was twelve.

The next year was 1948. That year, my immediate family would leave Cullumville for a couple of exciting years in Venezuela.

But this was 1947. My father was off on the road with Teagarden and then an East Coast territory band, Bubbles Becker. The rest of us were deep in the bosom of our Dallas family. The war had ended and things were becoming more prosperous.

My mother, always with her happy face, missed her husband. She lived her days as though the depression were still in high gear. We ate corn dodgers and canned salmon and beans. The milkman came every day and brought bread in addition to milk – bread for the new toaster.

We were in the attic for Toastmasters Club meetings. Does it charm you?