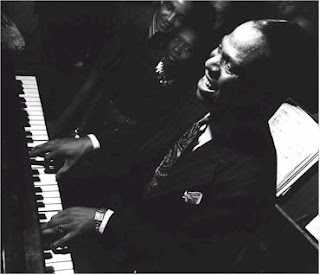 A couple of weeks ago, we played "You Can Depend on Me" at Bohanan's.  Pianist John Sheridan added a sparkling right-hand tremolo on his solo chorus, then looked up and smiled as he said, "Why not?  It's a 'Fatha Hines' tune!"  A few nights later, Jim mentioned hearing the 1940 recording session by Sidney Bechet -- which also included Hines, Rex Stewart, John Lindsay and Baby Dodds -- for the first time.  He marveled at the interplay between Earl Hines and Rex Stewart and enthusiastically exclaimed, "Man!  It sounded like Hines and Louie on 'Weatherbird'!"

Last weekend, our friend David Boeddinghaus filled in for John at the Boardwalk Bistro and on a concert in Schertz (a small town just north of San Antonio).  David was in full-on Hines mode and his playing was full of ringing tremolos, "trumpet-style" single-note lines and the same kind of suspended and broken left hand patterns that characterized Hines' playing.  We were all grinning ear-to-ear as amazing sounds continued to emanate from the keyboard.  Time after time, Jim yelled "Go on, David!  Take another one!  Take another one!"  He obliged, and each solo chorus was more fantastic than the previous one.  After David returned to New Orleans, Jim told me "I sure like Earl Hines, filtered through David Boeddinghaus!" 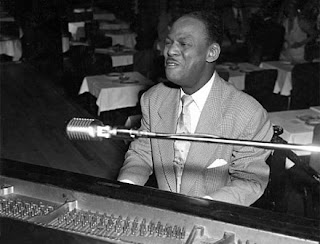 Jim has experience with the real thing, too.  In 1971, as then-owner of AUDIOPHILE records, he recorded Hines' tributes to Louis Armstrong, Hoagy Carmichael and W.C. Handy over a two-day span.  Later, Jim assembled an all-star group consisting of Hines, Joe Venuti, Bob Haggart and Ray Bauduc to perform at the "World Series of Jazz" in San Antonio, opposite the Happy Jazz Band (the predecessor of the Jim Cullum Jazz Band).

In May, 1990, the Jim Cullum Jazz Band, with guest pianist Dick Hyman, recorded a broadcast entitled "Piano Man: Earl Hines, The Father Of Modern Jazz Piano" for the  RIVERWALK program.  The band's regular pianist, John Sheridan performed alongside Hyman on the broadcast.  He recalls that not long before the Hines show, a program was recorded that featured the intricate music of pianist Bob Zurke.  John said, "The Zurke show was a picnic compared to the Hines!"  (Zurke played "contrary-motion" bass and treble lines and busy, syncopated figures in the melody but none of it is nearly as complex as a typical Hines performance)!

I asked Dick Hyman for a description of Earl Hines' playing.  Dick's reply was as concise and accurate as he is on the piano: 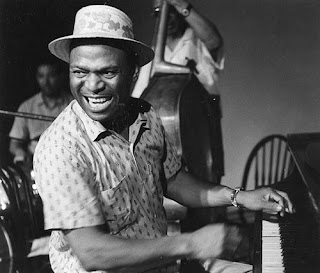 Earl Hines broke with the ragtime-stride tradition by basing his playing on what single-note horn players, in particular Louis Armstrong, were attempting  in the 1920s. He translated their horn-playing phrases  into pianistic octaves and occasional filled chords, interrupting the regularity of  the stride left hand with sequential tenths and single note punctuations, while his dazzling right hand runs anticipated [Art] Tatum and [Teddy] Wilson. I’ve entertained the notion, though it’s perhaps a stretch of thought, that Hines’ playing in its individuality might be compared to that of Jelly Roll Morton, though Hines’ keyboard technique was far fleeter, and his ideas more “modern.”  I suspect, too, that neither pianist would have appreciated the comparison.

As a side-note to Dick's last comment, David Boeddinghaus mentioned that he visited one of Hines' disciples -- Jess Stacy -- in Los Angeles in the late 1980s.  Stacy remembered a late-'20s visit to the Sunset Cafe' in Chicago where he was paying rapt attention to Hines' performance.  Suddenly he felt a tap on his shoulder, and turned around to see Jelly Roll Morton standing behind him.  Morton pointed to Hines and said to Stacy, "Son, that boy can't play piano!"  Jelly Roll Morton was a Jazz icon, but it is a safe bet that several generations of Jazz pianists would disagree with his assessment of Hines' talent! 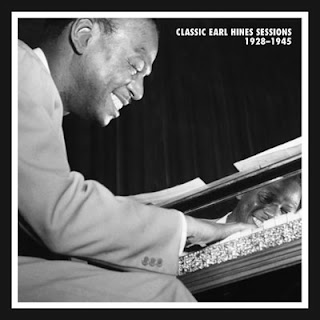 One of the songs performed by Dick Hyman, John Sheridan and the Jim Cullum Jazz Band for the Earl Hines program was "Piano Man," which was originally recorded by Hines' Orchestra in 1939.  There is a band vocal, which includes the refrain "Swing it, Fatha Hines!"  Everybody did swing -- on the original recording as well as the broadcast!  The RIVERWALK program can be heard in streaming format at http://riverwalkjazz.stanford.edu/.  ("Piano Man" is program number 228).  And if you are as enamored of Hines' music as this writer, be sure to order a copy of Limited Edition Box Set number 254 "Classic Earl Hines Sessions 1928 - 1945" from www.mosaicrecords.com.