A lady I know has cats under her house. She makes no attempt to neuter or spay them. They constantly produce new litters of cats.

For the moment, they are just under the house, not bothering anyone. The lady gives them some food every day.

If things continue this way the multiplying cats will, in about five years, increase from two cats to about 5,000 cats. This is a pretty good example of exponential growth. Eventually, the smell will take over and the house may begin to rock on its foundation.

Here in the U.S. we depend on serious growth. We just gotta have it. Without it all the wheels really start coming off, as in the current recession. For most of our history, we have been able to grow and grow.

Generally, the vast majority of our citizens have wanted as much growth as we could wring out. Damn the torpedos!

And with exponential growth comes exponential change. Here is a tiny example you might enjoy: 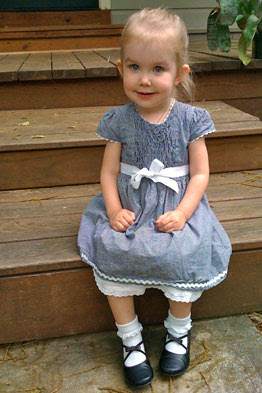 The other day, I took my granddaughter Eloise for an ice cream cone. Eloise is three years old. These days, as you know, getting her in the car requires strapping her in a plastic chair which must first be strapped in the back seat. So I drive to my daughter's home, where I must remove a car seat from the back seat of one car, take it back home and install it in still a third car.

I am gadget-challenged. There is a learning curve that sets in. So, I have a hard time getting the child seat properly anchored in the back seat of the car. Most people have no trouble at all.

The next step is to get Eloise into the thing and she has grown a little large for the chair I am using. To make it all go I must get in with her and squeeze with everything just short of putting my knee on her.

I am thinking the typical things such as, "The guy who invented that chair should be condemned to a lifetime of struggling with them." (This as his punishment).

Ah, these gadgets. You will remember when the Wizard of Oz is finally revealed to be a funny old snake oil salesman, and he accidentally pre-launches in the helium balloon -- "Come back! Come back" Dorothy yells, and the Wizard leans out over the basket: "I can't, I can't," he says. "I don't know how it works!"

Finally we do make it to the ice cream store, get Eloise out, get the ice cream, make a mess of it, get her back in--sticky this time--get her home, undo the seat, get Eloise and the seat in the house, get wet cloths, wipe Eloise off--the car seat, too, and the whole ice cream ordeal is finally over.

In early 1948, at age six, I moved with my family to Caracas, Venezuela. We lived there for two years.

If I pleaded, my mother might drive me to downtown Caracas to have an ice cream cone.

She would say, "Okay, get in the car and I'll be along," and pretty soon we would take off. I would stand on the front seat next to her. 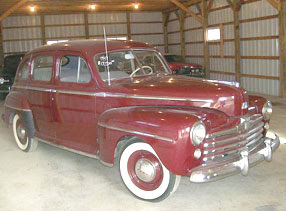 The car was a one year old 1947 Ford four-door sedan. As we cruised through the Caracas streets she, with complete ease, would, in her high heeled shoes, work the clutch, brake and gas pedals, steer the car, and make hand signals out the window with her left arm. The car was not equipped with turn signals. She would shift gears with her right arm and hand. When she came to a stop sign or a red light, she would extend her right arm out to the right to keep me (standing on the seat) from falling into the dashboard! Through all this she would casually smoke a cigarette!

This must seem absurdly dangerous, particularly to anyone under 50. But, we all rode around this way all the time. Everyone's mother held her right arm out to keep the children from sprawling into the dash. And cars had no seat belts. 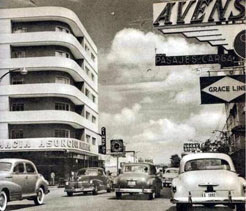 However, there were no freeways. That was one of the huge changes started by the war. The country was transformed in many ways. Before the war, two-thirds of Americans lived on farms or in small towns. The cities were smaller. There was one car per family, not one car per person, and generally, cars were driven more slowly. Much of the time, people walked. (As a result, obesity was minimized). Our mothers were quick on the draw.

But now, get ready in the change department! You are going to see so many changes going faster and faster. The change rocket ship is just starting its blast off. 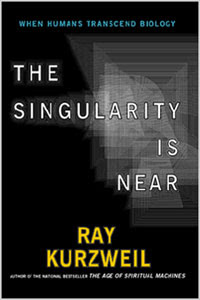 One theory, outlined in a recent book, The Singularity is Near, by Ray Kurzweil, attempts to measure the rate of this exploding change and more or less predicts that soon we'll arrive at a singular point when we will be largely able to fix all of our problems. This assumes we won't blow up the planet in the meantime. Ray is saying that we are closer to a new technical "big bang" than most of us realize. a lot of this is about computers and chips and how powerful they are becoming and this very rapidly. I recommend Ray's book.

Isn't it nice, however, to have some things, like the jazz band, around where almost nothing changes? We are still using some of our original 1963 arrangements. The band is still mostly a seven-piece ensemble. The only change that has occurred during the last 48 years is that the band is better! The most recent additions, Hal Smith, drums, and Steve Pikal, bass, have added more swing and power to the Rhythm Section.

Unlike the rest of the world, we in the band have stubbornly avoided electronics. You hear the real sound -- not one that has been filtered through microphones and speakers.

There is no reverberation system -- no amp on the bass, etc.

When your head is spinning with data overload, and you are cursing your computer, close the laptop and come to the Landing We will fix you up!