There are many adjectives that describe Bobby Gordon's clarinet sound…lyrical, haunting, delicate, passionate, impressionistic, poetic are some that immediately come to mind.  Bobby's playing included all of those elements, even in a single performance.

Mentored by the great Chicago clarinetist Joe Marsala, Bobby achieved the same deep, woody tone that can be heard on Marsala's best recordings.  Bobby also paid close attention to the sounds of Jimmie Noone and Jimmy Dorsey, and he was one of the very best interpreters of Pee Wee Russell's music too!  Before joining Jim Cullum, Bobby played with many greats, including Muggsy Spanier, Eddie Condon, George Brunies, Wild Bill Davison, Bobby Hackett, Zutty Singleton and others.

Bobby Gordon was the clarinetist with Jim Cullum back when the band was still called the "Happy Jazz Band."  During his tenure with the HJB, Bobby recorded several albums with the group, and all of them are highly prized by collectors today.  The late Wayne Jones, drummer and Jazz critic, once said that Bobby's recording of "High Society" with the Happy Jazz Band was his favorite of all the versions he ever heard.  That statement should not surprise anyone who is familiar with Bobby's playing when he was in his prime.  His sense of lyricism and dynamics, his ability to construct increasingly exciting choruses and above all his rich, beautiful sound were made to order for improvising on Lorenzo Tio's famous chorus. 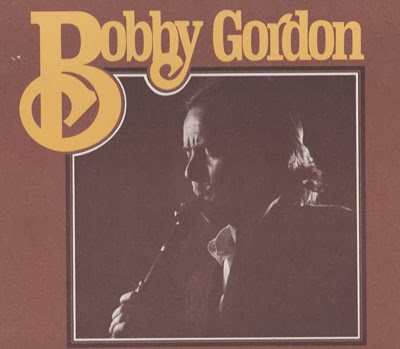 After leaving San Antonio in the mid-1970s, Bobby toured with pop icon Leon Redbone, and eventually settled in San Diego, California.  There he married Sue--who would remain a loving and devoted wife for the rest of Bobby's life.  He played with small groups at a number of venues around San Diego County such as the Jazz Mine and the King Luis Inn, then settled in for a long stretch for a gig at Milligan's in La Jolla.  At Milligan's, Bobby fronted a quartet that frequently threatened to become a big band as so many musicians wanted to sit in with the master!

In the late 1990s Bobby joined the Roadrunners -- a quintet organized by former Jim Cullum Jazz Band drummer Hal Smith.  The band, which also included vocalist Rebecca Kilgore, pianist Ray Skjelbred and bassist Mike Duffy, was popular for several years on the West Coast festival circuit.  During two appearances at the Sacramento Jubilee, they recorded programs for RIVERWALK.  Program #154 is a tribute to Eddie Condon.  Program #184 explores the compositions of Alex Hill.  Bobby also participated in a RIVERWALK broadcast called "Chicago Reeds," together with Ron Hockett and Kim Cusack (program # 157).  All of these broadcasts can be heard streaming, from Stanford University, by visiting http://rwj-b.stanford.edu.

During this time, Bobby also played numerous festivals and jazz parties with Marty Grosz and groups variously designated as the "Orphan Newsboys" or "Destiny's Tots."  They recorded for STOMP OFF and JAZZOLOGY and also toured overseas.  Bobby made two recordings for AUDIOPHILE backing Rebecca Kilgore and also played in a seven-piece group assembled by Hal Smith for MUSIC MINUS ONE.

Around 2003, Bobby began to suffer poor health, which limited his ability to play at festivals and on engagements that lasted more than a couple of sets .  He still made musical magic at events such as the Chautauqua Jazz Party, even though he was forced to play while sitting.

When he passed away on Dec. 31, 2013 it was a tremendous loss -- for every musician and fan who enjoyed the beautiful, soulful clarinet of Bobby Gordon.
Posted by Jim at 10:57 PM 6 comments: